Shermans Travel For The Holidays

Great Deals on Traveling! Jim Sherman and the travel experts at ShermansTravel go above and beyond to deliver amazing travel deals and provide the practical, money-saving advice you need to realize your perfect vacation.Up to 1,000 flight, hotel and vacation deals are also listed on ShermansTravel.com, where you'll find objective hand-picked travel deals screened from hundreds of providers and in-depth editor reviews of top travel deals; additional resources like Travel Search, our price comparison tool that allows you to find the best price from multiple air and hotel providers at once; and comprehensive destination travel guides and advice (Top 10 lists, Spotlight articles, and more) with relevant editor-screened travel deals to help you book your next trip. No matter what stage you are at in your travel planning, our combined travel offerings aim to save you time and money.
Posted by Sarah Coulsey at 5:30 PM No comments:

I am very excited that I got to take my boys to see Fully Charged  at the DCU Center in Worcester!  They had never seen Ringling Bros and I knew they would love it!!

Don't miss Fully ChargedSM, the all-new surge of circus entertainment from Ringling Bros. and Barnum and Bailey® where megawatts of thrills explode off of the arena floor with breathtaking dare-devilry, superhuman stunts and never-before-seen performances that energize Children Of All Ages!

The most electrifying edition ever ofRingling Bros.® celebrates 'performance power' that boosts circus-goers' excitement. The amazing acts, which can only be seen at The Greatest Show On Earth®, include Tabayara, a dynamic animal trainer whose rare ability to communicate with animals allows him to ride rearing stallions at a fully-charged gallop and orchestrate majestic four-ton Asian elephants in a symphony of dance. When he stands inside a cage, eye to eye with 12 ferocious tigers, Tabayara sees family where others see danger. 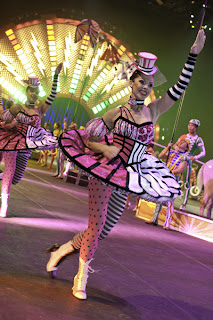 The fearless Fernandez Brothers dial up the thrills as they perform daring feats of athleticism on the Twin Turbines of Steel, including extreme jumps and twists inside the moving wheels! Audiences will crackle with excitement as they watch Guillermo perform a 360-degree, flying-forward somersault, three stories in the air, a feat so difficult it has only been attempted by one other person in the 141-year history of Ringling Bros.

Descending from the legendary dynasty of Ghengis Khan, the Mongolian strongman duo of The Titanic Tulga and Mighty Meetal, demonstrate a herculean display of human dexterity and strength as they lift large, cumbersome telephone poles, which weigh up to half a ton, and twirl them above their heads while acrobats balance atop.

The Human Fuse, Brian Miser, sets the arena sky ablaze as he rockets through the air from his self-made human crossbow. Don't blink as he flashes across the sky in less than a second, and travels 80 feet at 65 miles per hour. 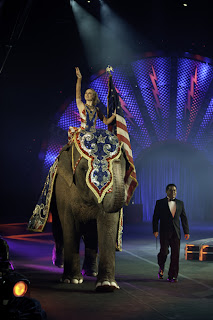 Ever wonder how many clowns it takes to change a light bulb? The hilarious hoopla continues to flow as the clowns from the world-famous Ringling Bros.® Clown Alley, charge up the audiences' funny bones with hysterical silly antics and clownish comedy.

You can only experience this current of excitement at Ringling Bros. Fully Charged! Get your tickets for high-voltage fun today!

We had such a great time.  Take a look at all the fun!!  We were even able to see the animals before the show!!

Posted by Sarah Coulsey at 10:22 AM No comments:

This past Saturday, we were invited to attend a terrific event.

Libby's donated $5000 to the Rhode Island Youth Soccer Association and they had Brandi Chastain present the check!!

Brandi was extremely friendly.  She was taking pictures with the kids, and answering any and all questions. 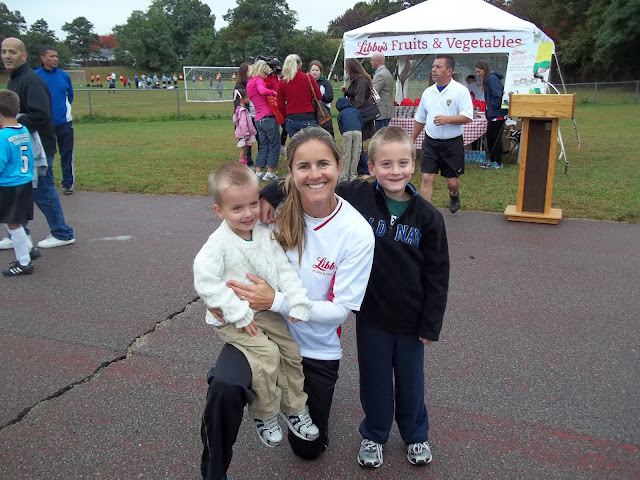 We had a blast watching her showing the kids how to dribble, do a run over stop, and even kick at their parents!!  lol 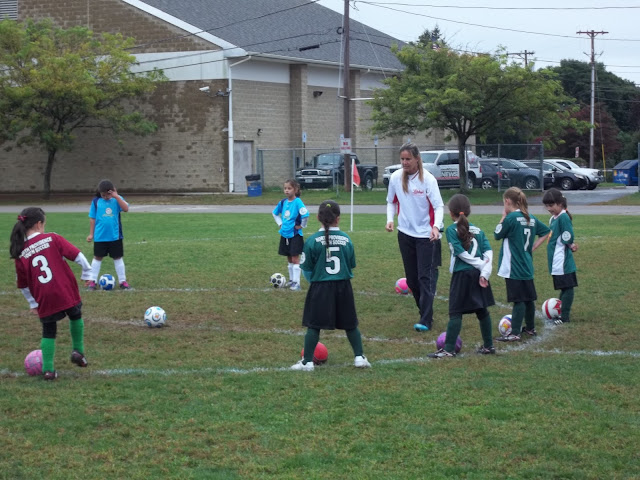 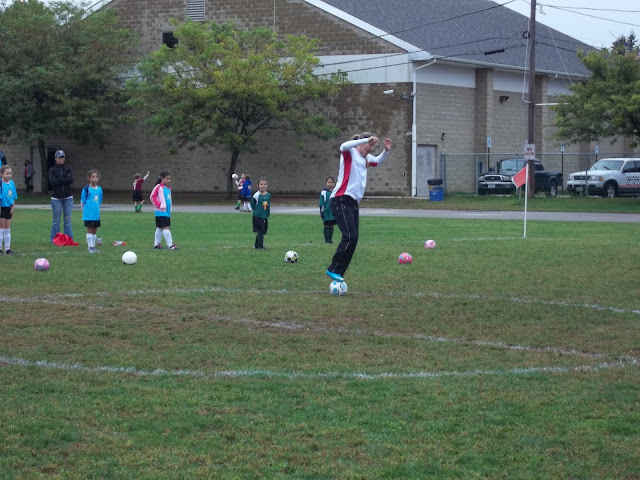 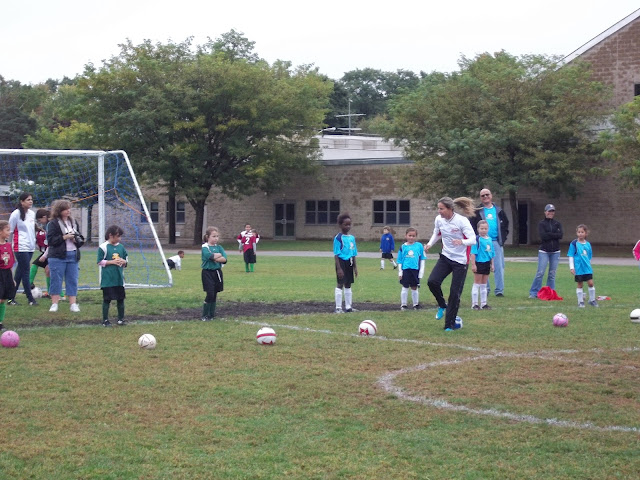 The soccer fields had many different age groups playing all at once, and Brandi spent equal amount of time at each group.  Ben Sr, the kids and I had a blast watching not only Brandi show the kids things, but actually watch their games as well.

Libby's had a great booth set up where they were giving out fruit cups to all the kids.  Of course my boys loved that!! 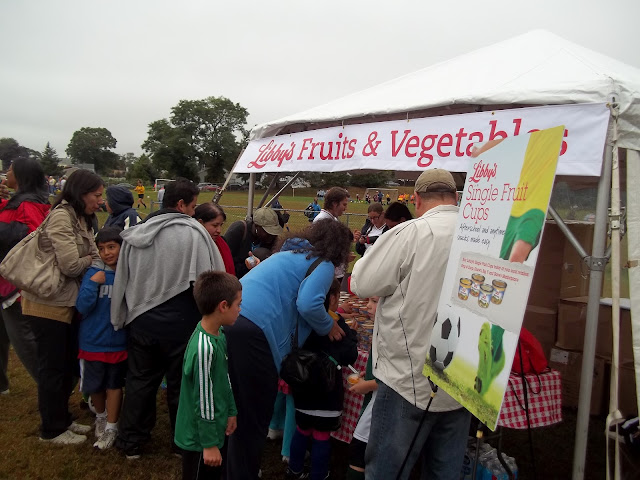 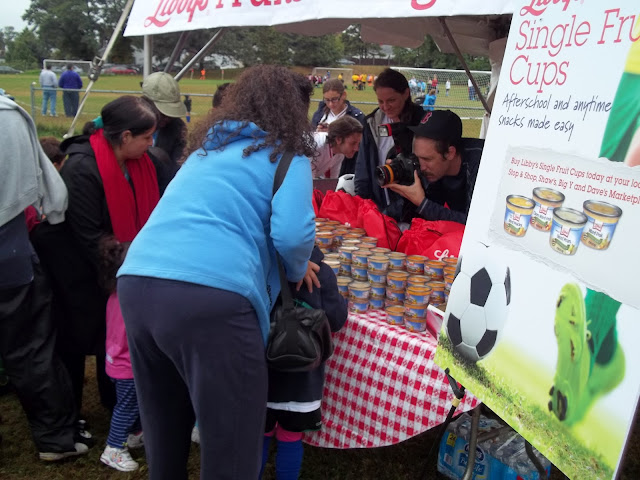 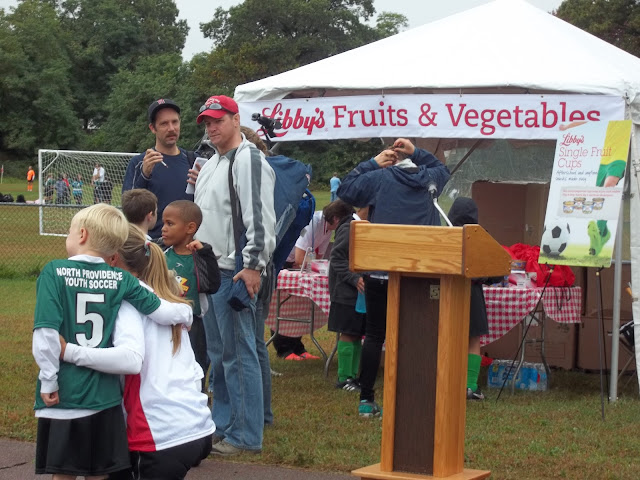 The boys wolfed down two cups each!!! 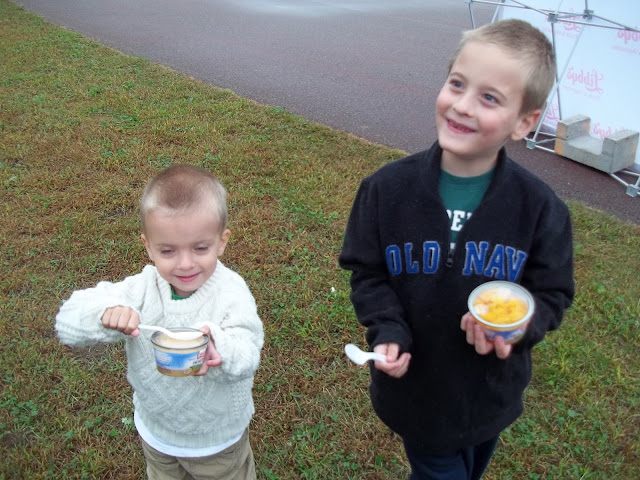 The rain held out for the whole event, which was spectacular!!!

All and all we had a great time!!  I have added all the pictures I took to a Google+ Album, if you would like to see them!!

The good folks at Libby's would also love to give one lucky reader a gift bag with some terrific Libby's items. 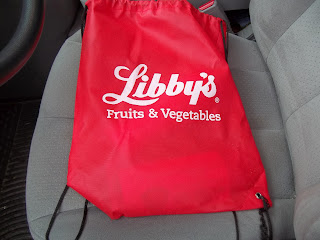 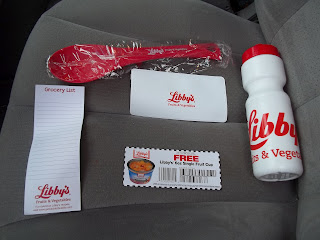 This Great Land is full of wonders. But it would take a lifetime to explore them all! So let us help you get started, with page after page of beautiful photographs and official Alaska travel information including great deals! This is a great freebie for teaching kids about Alaska and finding great travel deals on trip to a gorgeous part of our country!

Posted by Sarah Coulsey at 10:25 AM No comments: