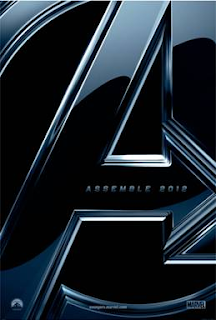 OK, so I have shared what we did Friday, and how my morning went on Saturday!!!  Now here come the really exciting posts!!!


First up, here is our interview with Tom Hiddleston (AKA Loki!!!)  I have to say that


1-Tom is an extremely nice person.  He greeted us all individually, and made us feel like he was very excited to meet us.


2- He is very good looking!!!  As Loki, he's a little scary, but in real life, he is nothing like that.  He also has a voice that would make any women swoon!!


I wish I could play you the audio of our interview!!! 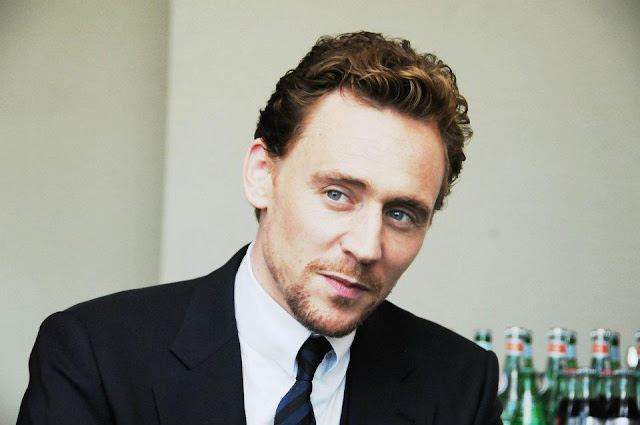 Here are my favorite Q and A's!!  I hope you enjoy his humor as much as we did!!


Interviewer- Do you prefer being a bad guy or a good guy?


Tom- You know, it's -- I love playing both, to be honest.  There are different challenges involved in both.  I am interested in flawed heroes and heroic villains, because I think nobody is -- no one's all wise or all bad,  I don't believe in moral absolutes or moral purity. There's a Stanislavski question in his Russian acting training.  He says, the first question an actor has to ask about his character is "who am I?" And a director I worked with in London said, actually, a more interesting way of framing that is -- if you divide it into two questions -- "Who do I want to be?" and "Who am I afraid I am?" and when you're playing the good guy, it's the first question: "Who do I want to be?" I want to be good and virtuous and kind and decent and funny and generous and warm.  And if I'm a bad guy, it's, like, "Who am I afraid I am?"  Jealous. Proud. Angry. Destructive. And having said that, when you play the bad guy you do get to sort of cut loose.  I mean, it's not every day I get to fly around a satellite facility in NASA like it's my own personal circus.


Interviewer- I was going to ask, because I watched Thor again, do you think your character was miss-understood?


Tom- In that film, he is.  In Avengers, he has taken that miss-understanding and swallowed it whole.  In "Thor" he's somebody who is in the moment, alongside the audience.  He's discovering the, "why" of his life's story.  He's discovered that the narrative that he's been told, of his personal history is a lie.  And so what happens is that his heart is broken, and that heart breaks kind of hard, and turns into something very angry and vengeful, unfortunately.  But I found that really beautiful, and that all came from, Kenneth Branagh, actually.  He found it fascinating to find the quality in Loki that was redeemable.  He wanted to have the audience believe until the last possible moment that Loki could be recruited to the good side.


Interviewer (ME!!)- In "Thor" I personally felt really bad for you.  I absolutely loved you and I felt bad for you, because of all the bad things that had happened.  Such as finding out you were not really related to Thor and your Dad.


Tom- Yeah, he finds out he is the illegitimate bastard son.


Interviewer (ME!!)-Are we going to feel that bad for you in this movie?


Tom- Yeah.  He does some pretty nasty things.  And on one level, it was like, I knew I had to up the menice and up the ante because there's seven superheroes that make up the Avengers, and, in order for the film to work, the film is the most redemptive, feel-good, kind of fist-pumping story.  And, in order for the audience to be pumping their fists for Iron Man, and Hulk, and Thor, and Captain America, they need to overcome a really big obstacle.  And, unfortunately, that big obstacle is me.  So I have to kind of -- I hope I have a -- I hope I have retained a sense of his kind of emotional damage.  There is a lovely scene with Chris Hemsworth where you see a glimmer of his vulnerability, but when it comes, he's sort of the same guy, he's just yielded to the dark side, you know?


Tom- Last October, at the New York Comic Con, I was astonished by how much Loki love there was.  I do agree it was really most embarrassing.  Compared to seeing Chris Evans and Mark Ruffalo.  Anyway, I cringe at the level of attention I received.


Interviewer- How much research did you do for Loki?   Marvel has such a huge following, so fans already have this picture in their heads, so, I mean, obviously, they have something now from "Thor" but now you're saying he's a little bit more maniacal?


Interviewer- Where did you get most of the research from?


Tom- Most of my stuff.  It's funny because I trained as a theater actor in London, so I don't mean to sound pretentious, but Shakespeare is always a really easy paragon for me, because he wrote such amazing characters.  So I studied more, he's more like Iago now and less like Edmond in "King Lear."  Iago is a total psychopath and, you know, in the play he basically brings down an entire culture, And you don't ever find out really why.  At the end, someone asks him, "Why did you do this?"  And he politely  responds with, "What you know, you know."


Interviewer- Did you have information on playing the primary character in the movie?


Tom- It's a nice tie in with that question.  I remember it was released online because I initially auditioned for the role of Thor.  I am 6' 2" and I can have long hair.  I was in the running for that role, but I was
so grateful that Chris Hemsworth got it.  I think he is iconic in the role.  I hope something that people love about the film and about his character, is the way we work together.  He also has to eat so much chicken.  Every single cast member of the "Avengers" is like, Chris Hemsworth actually is Thor.  He's not acting.  Robert Downey Jr and Chris Evens were slightly flabbergasted when he walked on set for the first time.


Interviewer- Did you do your own stunts?


Interviewer- What were your reactions when you read the script for the first time and realized that you had such a big role in this movie?


Tom- I did a little dance.  I really, really did, because I wasn't allowed to tell anyone.  It was so top secret, it came in paper form.  Most scripts come in electronic form now and they're all watermarked.  So if it ever leaves your hands, your name is on it.  This was only in paper form,  hand delivered.  Joss Whedon told me I was going to be the only villain, but I really couldn't believe that.


It's the most precise, dramatic, violent, and hilarious screenplay that I've ever read. 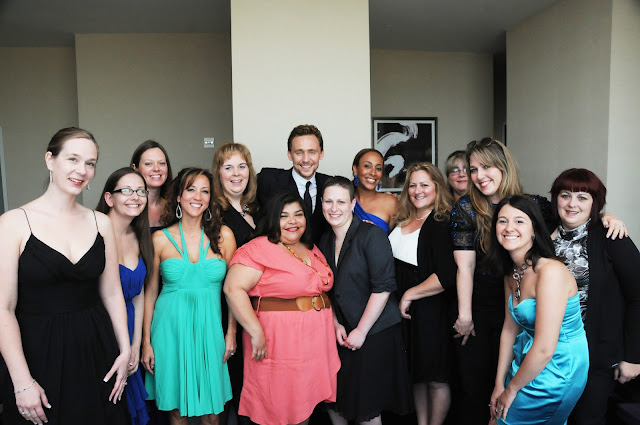 I want to extend a big thank you to Tom, for doing this interview with us.  This was my very first celebrity interview, and I was extremely nervous.  Tom made us all laugh, and really made everything enjoyable.


**All opinions expressed are 100% my own.  I was not compensated for this post.  I was invited (all expenses paid) to the Red Carpet Premiere of Marvels The Avengers, thanks to Disney**