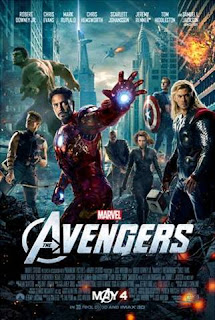 After our terrific interview with Tom Hiddleston, we got the pleasure of interviewing Cobie Smulders!!


She is absolutely gorgeous.  Check out the dress she wore!!!  I wish I had that figure!!! 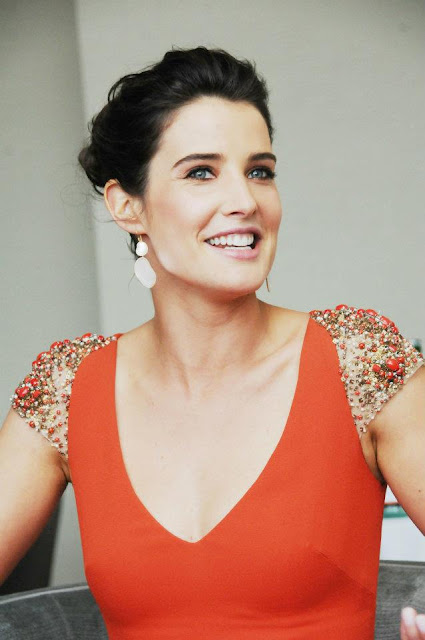 Cobie was very friendly and full of energy and spirit.  Interviewing her felt like we were all just a bunch of girlfriends having fun.  Clearly from our questions and Cobies answers, you can see we had a blast!!


Interviewer- What's it like being one of the very few women in this movie?


Interviewer- Did you do special training for this?


Cobie- I did.  I actually found this guy, really oddly, through my naturopathic doctor. He would call me and be talking to me about the movie and, you know, I was saying, I want to do all this training.  And I'm looking for a place to shoot, um, learn some martial arts and he’s like, oh my gosh, I've got this great guy, and he will totally help you out.  And, um, and he did and he came to my house, a couple time a week.  And, um, helped me train but then also I think the most important thing for me was getting comfortable around guns. Because I've kind of feared them my entire life and I've never shot a real gun.  I've used prop guns on some sets and stuff.  And, and I've also only even seen them, prop guns, up until I did all this training.
But he showed up at my house and he brought over a bunch of guns.


Interviewer- What was your most memorable moment?


Cobie- Oh gosh.  Um, oh one of the big moments I mean there’s so many.  Every single shot was really so big.  You know?  And so new too.  Not just for me but for everyone.  But, um, the first time that I showed up, um, on the Hellcarrier set.  It, it was a giant set that took up an entire sound stage.  And you- there were about two or three stairways and once you were on it, it was like you were on this high tech new age ship.  And there was hundreds of extras in S.H.I.E.L.D. uniforms and there was everywhere you looked it would pitch.  Because not- once you were on it, it felt like you were really on a ship.


Interviewer- Did you read comics when you were younger?


Interviewer- Did you have any inspiration in creating your character?


Cobie- There was, you know, when I got the job, I scoured the internet for like hard copies of the comics that she was involved in, which was a series that she had.  And there was this one comic that I really, that I actually cut out and had with me, which was- it, it was, it was sort of a fade away and it was Maria at different ages and it's like Maria as a teenager and she’s got like a split lip and it's from somebody yelling at her, yeah and I'm like, when you hear something like that, and then like her as like a young officer.  And then her in the army and then her in S.H.I.E.L.D.  And I sort of really had that and that just helped me keep in mind where this woman had been.  And how much it's taken for her to get to where she is and how hard that has been.  And also, you know, she can maintain that sort of strength that she had.  That helped me a lot.
And then also the training helped immensely, you know, feeling physically feeling stronger and, harder, yeah.


Interviewer (ME!!)- Maria Hill is a by the book character in the comics, is that how you portrayed her?


Cobie- Well it's [SIGHS] I mean I don't think there’s a- the thing is what is in the movie, we shot a lot more and it got cut down quite a bit.  Um, she- she has- she and Nick Fury have an interesting arc.
At the beginning she’s very hard and then she kind of not softens, but she kind of, she- she sees things from his perspectives, which are a little more open, coming from him.  Um, and I think that because she- She has such a military upbringing and she is so by the book, it certainly works well with Fury because she keeps him in check.  I don't know where they'll go after this movie, but what it's really about is sort of bringing it, him bringing everyone in and her not believing in it at all.  And then her seeing that they actually do need people to save us when the big bad comes.


Interviewer (ME!!)- [In reference to finding out about getting the part] Did you do the happy dance?


Cobie- I did twice, [LAUGHTER] no I called and I called the man in the hallway [Her Fiancee']. Um, I had called him and we both were really we had like a moment together.  But yeah.  I'm Canadian, we don't do, happy dancing. 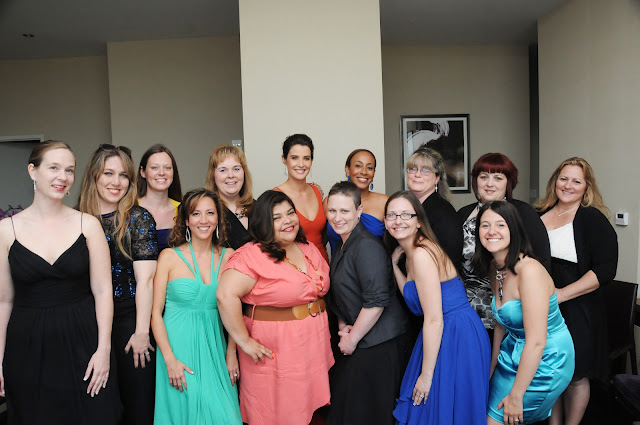 We spent a good amount of our time laughing and joking!!  Cobie was a lot of fun to interview and I hope I get to meet her again!!  Thank you Cobie!!


**All opinions expressed are 100% my own.  I was not compensated for this post.  I was given an all expense paid trip to see the Tribecca Festival, and Marvels The Avengers, thanks to Disney.**

Posted by Sarah Coulsey at 5:59 PM